Gary took a trip on the Roanoke Valley Metro System and wrote up an interesting overview of what he saw. Thanks, Gary! 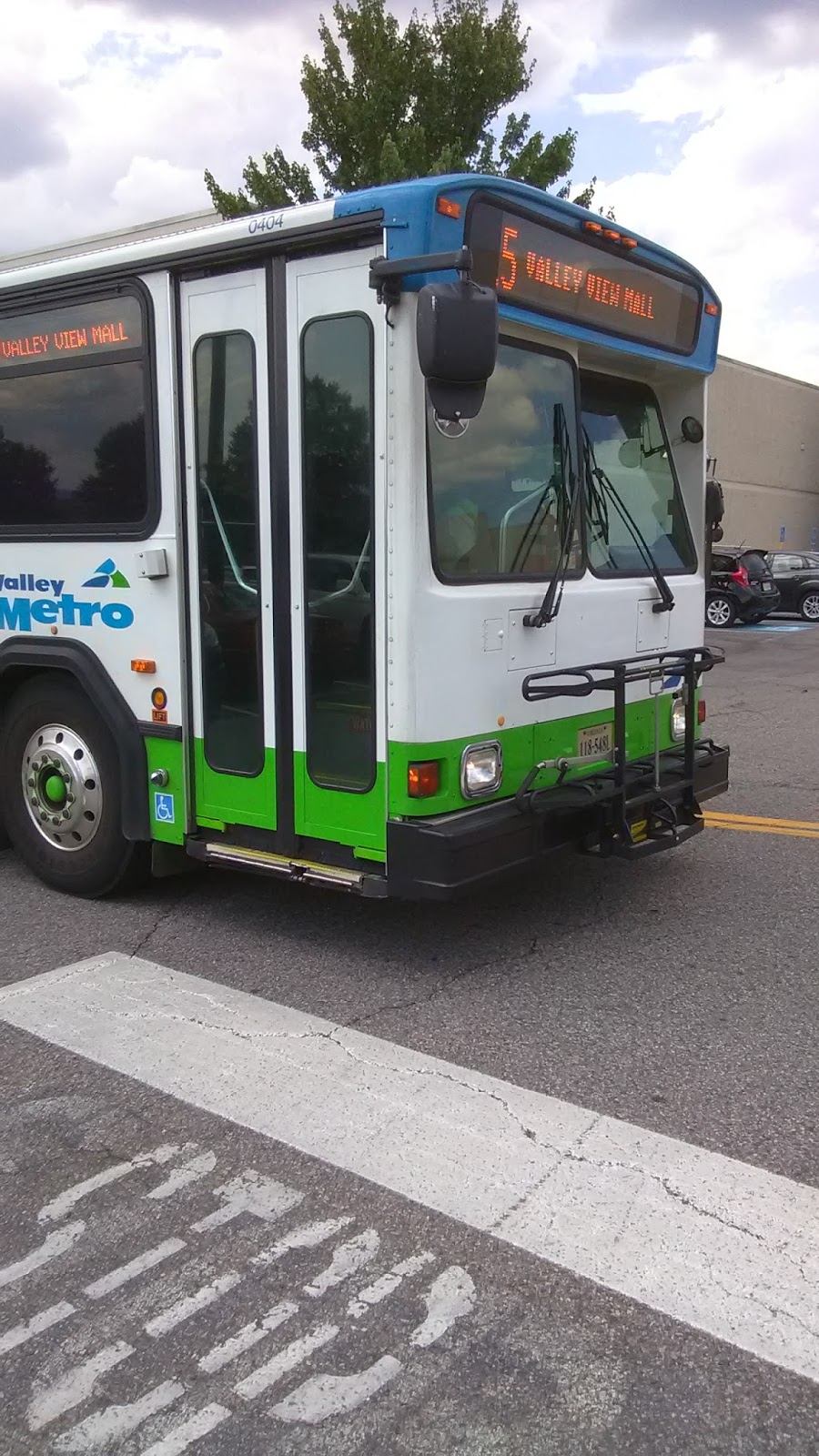 The Valley Metro is a system in southwestern Virginia that comprises of thirty-one local and two express routes, special event shuttles, and the Starline Trolley.

Their paratransit system, called “S.T.A.R.” which stands for Specialized Transit-Arranged Rides, is operated by R.A.D.A.R.

Valley Metro is mostly comprised of Gillig buses, the newer buses being the low-floor “Advantages” and the older buses being the high-floor “Phantoms.” Their Starline Trolley is a trolley-body bus that is manufactured by Hometown Trolley. Their primary express service is called the “SmartWay” which utilizes MCI coach buses and operates two legs, a Blacksburg-Roanoke leg which serves the students of Virginia Tech, and a Roanoke-Lynchburg leg which connects to Amtrak Northeast Regional trains. With the Amtrak service coming to Roanoke proper this fall, I am not sure if the service will continue to operate.

The main terminal is Campbell Court, which is a parking garage that includes bus bays and berths for Greyhound, Megabus, and the Valley Metro, as well as a decent indoor passenger area with restrooms, vending machines, and ticket windows. The Amtrak station will operate on the other side of Salem Street from the main building.

The local buses make up the bulk of the service, but are set up in the following manner:

Ridership: Ridership, as I have observed, varies from one route to another, with there being routes that are busier than others.

Pros: The buses are generally clean and on-time. They also serve a majority of the primary activity nodes people would want to get to. They also connect to Blacksburg Transit and Radford Transit (connections to Radford University).

Cons:
1. You can NOT purchase a day pass on board.
2. There is NO Sunday service outside of the “SmartWay” route.
3. The frequency for a couple of routes could be improved.

Final Verdict: 8/10
It is a REALLY good system, and I would give them a 10 if it wasn’t for the issues involved with simply buying a day pass, as well as their lack of Sunday service, which I am sure is a hassle for the locals. The pleasantness of the operators, customer service staff, the cleanliness of their buses and the stunning views help, however.

More information on the Valley Metro can be found here.